EcoResolve’s Founder and President, Desmond Duke, was born in South Africa. As a young boy he grew to understand the delicate balance on which ecosystems depend and thrive. After serving in the military, his desire to be a part of protecting that balance strengthened even more.  Upon completion of his Bachelor's Degree with majors in Conservation and Public Administration, he worked as a game ranger in Zululand which began a lifelong passion to work in industries that make a difference for the environment. He serves as the Treasurer on the Board for the Florida Association of Mitigation Bankers, as well as on the Board of Trustees for the Crew, Land and Water Trust.

Desmond Duke is a seasoned professional in the mitigation banking industry involved with managing, developing, implementing and marketing some the nation’s leading mitigation banks in the southeast United States.  Before founding EcoResolve, Desmond worked as the VP of Business Development for one of the nation’s leading mitigation companies.  His experience is in wetland, conservation and stream mitigation banking. One of the mitigation banks transferred the first federal credit and another was designated a Wetland of International Importance by the Ramsar Convention, an international treaty for the conservation and sustainable use of wetlands.

His 22+ years of experience in the mitigation banking industry includes successfully managing sales in excess of $125M in over 700 transactions, with his expertise being in the southeast region of the United States. Desmond is a very conscientious and humble person.  He places emphasis on relationships and always operates at the highest standards of business ethics and service. To this day, he remains personally involved in each and every EcoResolve project.

In Desmond’s spare time, he enjoys spending time with his family, fishing and surfing.  Desmond presently resides in Boca Raton, Florida with his wife and three children. Desmond emphasizes the need for younger generations to have a conscientious approach to ecological issues and enjoys spending time in the outdoors with his three children, so that future generations can continue to keep the environment in the forefront of their hearts and minds. 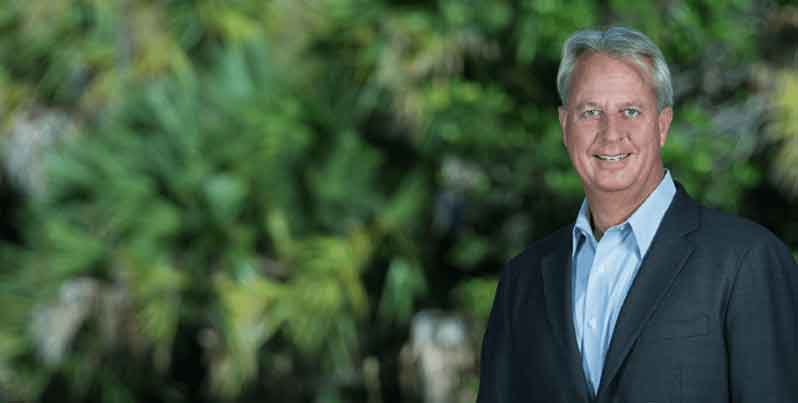 “Desmond Duke of EcoResolve has been a valuable resource and a great colleague for Bluefield Ranch Mitigation Bank for many years. Desmond’s uncompromising integrity, loyalty and dedication are coupled with his competence (experience, knowledge, creativity and high energy) add value to Bluefield Ranch and to our customers. Armed with a great personality, including charm, grace and humor, Desmond participates actively in Bluefield’s professional and social activities, having  become an integral member of our Bluefield family.”

“I have had the opportunity to work with Desmond for 22 years and EcoResolve since its inception. In that time I have found that Desmond’s business ethics are beyond reproach and his knowledge and expertise in mitigation banking and sales is unrivaled by his peers. I know you will find, as I have, the unique pleasure of working with an industry leader!"

“Anyone interested in using Desmond Duke’s services should note that he is one of a small handful of the “original” mitigation professionals in the United States. Desmond's work in mitigation banking dates back to the early 90’s and his representation of the first successful entrepreneurial mitigation bank in the US. It would be truly impossible to find anyone more experienced in our field! I recommend Desmond and hold his professional assistance in the highest regard.”

“Desmond Duke and I have been working together for over 8 years.  His knowledge and expertise of mitigation lands and Banks (Federal and State) are what brought us to come to know one another very well.  Desmond helped me create and develop the largest Panther Conservation Bank in the United States.  His knowledge and connections in the industry led to our success.  I’m a vegetable farmer with over 30 years of farming experience so I believe I know what hard work is and Desmond is a hard worker.  He will put in the extra time and effort to get the job completed.  Desmond is a forward thinking out-of-the-box businessman.  We have spent many hours together.  He always strives to make the right decisions, always putting his clients first.  Choosing Desmond on my project (Panther Passage Conservation Bank) was the best decision I could have ever made and for this I am blessed.”

“I would like to take this opportunity to recognize Desmond Duke of EcoResolve, for his willingness to help us resolve a mitigation banking issue we had related to a U.S. Army Corps of Engineers (ACOE) permit. Desmond unselfishly supported a decision to come to our aid on a very sensitive banking discrepancy.  He supported a decision to ratify a permitting inconsistency, where his bank and another were both named as mitigation banks on the same project for both the South Florida Water Management District (SFWMD) and ACOE permits. Without hesitation, Desmond proactively helped us unify the banking mitigation on our clients behalf. Desmond openly supported unification of the mitigation ultimately going to a competitor’s bank with whom our client had an existing contract, saving our client in excess of $200,000 that would have gone to his representative bank.  In my opinion, his willingness to recognize and support the mitigation credits, consistent with his understanding of the permitting intent, regardless of his loss of economic gain, demonstrated not only his underlying understanding of the permitting process, but more importantly his character and integrity as an individual and professional in this complex field.  We are gratefully indebted for his actions.”

“For more than 20 years, I have worked closely with Desmond Duke in his capacity as a marketer of mitigation bank credits for both wetlands and endangered species. Desmond has been trustworthy, knowledgeable, diligent and highly networked in his extraordinarily successful career with The Wetlandsbank Company and his work at EcoResolve”.

This is to express both my gratitude and acknowledgement of the well-established superior reputation and service provided by Desmond Duke and EcoResolve. For over 15 years, I have had the opportunity to work with Desmond on a number of projects, and in a number of capacities, in both the public and private sectors.

For more than a decade Desmond has been a really valuable member of our Bluefield team and we’ve enjoyed the relationship as much as we have the credit sales he’s made. What I particularly appreciate is that he has a genuine interest and passion for the science and conservation that underwrites our mitigation, and he has worked diligently to master all of the technical and ecological elements of our work so that he can convey to credit buyers and their...

"I have been involved in mitigation banking for  20 years, with Panther Island Mitigation Bank and with Corkscrew Regional Mitigation Bank, and have worked closely with Desmond Duke and EcoResolve in both banks.  Desmond has been a major part in the success of these mitigation banking projects.  Desmond’s intellect, work ethic and honesty are the qualities that one always seeks in a professional relationship."

“Desmond is incredibly knowledgeable of mitigation banking, credit sales, and regulatory requirements.  He responds quickly and accurately to requests for documentation and its always a pleasure working with him.”